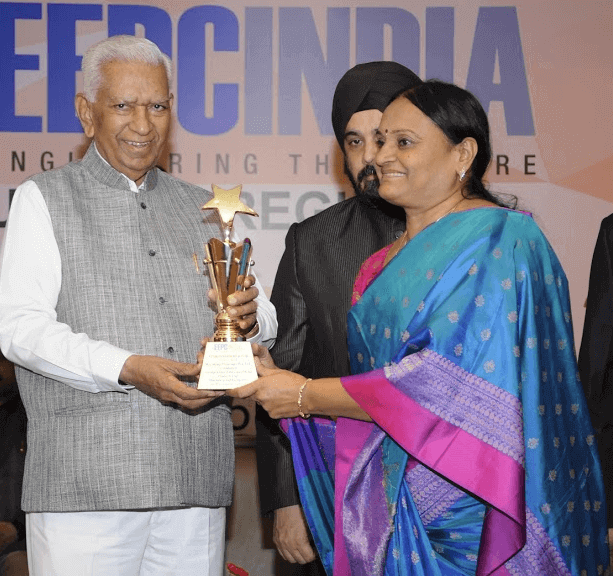 Ms. J. Mohanasundari hailing from Kalapatti village, studied in Kalapatti Government High School. She did her B.Sc. Physics from PSGR Krishnammal College and M.Sc. from Seetha Lakshmi Ramaswamy College, Trichy. She started her career as a lecturer in Salem Sri Saradha College and then to Coimbatore Institute of Technology for 14 years.

In 1992, She moved from teaching to develop her entrepreneurial skills plunging into Business. Her husband Rotarian PHF Mr. K. Jaganathan has developed "SHARP" Brand Little Master Mini Monobloc Pumps and "SHARP"" Brand Welding Electrodes by KAYJAY SHARP TRENDYS & SHARP ELECTRODES PVT LTD respectively. Her husband persuaded her to pursue a post-graduation degree in Management while being in business she did her MBA simultaneously empowering her to continue the business successfully.

SHARP is well known for its superior quality and standards internationally. More than 95% of Sharp Electrodes are exported. 70% of the workforce is women. She is providing opportunities for women to empower them.

KayJay Sharp Trendys was found and developed by Mrs. J. Mohanasundari revolutionizing the concept of water pump from a "Heavy Duty Industrial Product" to a "Domestic Appliance" and can be carried easily even by a woman. Her technology transformation with perfection and precision created many a pioneering innovation in the pump industry.

Recipient of LIFETIME ACHIEVEMENT AWARD on 12-12-12 from Press & Media.

STAR PERFORMER TROPHY was awarded by EEPCIndia for our meritorious and outstanding export performance during the year 2012-13 and the same was given to us on 02.01.2015 by His Excellency Dr. K. Rosaiah, Governor of Tamil Nadu.

STAR PERFORMER TROPHY was awarded by EEPC India for our meritorious and outstanding contribution to Engineering exports during the year 2013-14 and the same was given to us on 25.12.2015 by his Excellency Shri. Vajubhai Vala, Governor of Karnataka.

Recipient of the "Outstanding Achievers Award FICCI- FLO 2013-14" at New Delhi. VISHALAKSHI Award during the International Women Conference from the Art of Living Foundation.

Ms.Mohanasundari's typical day at Sharp Electrodes Pvt Ltd starts with a morning prayer with her employees followed by a motivational thought. She sets aside two hours at dawn for asanas, stretches, and pranayama.

Ms.Mohanasundari's motivational speech in innumerous schools and colleges has enlighted the minds of the listeners. Women empowerment being an important aspect of her life, Ms.Mohanasundari has turned her factory into a female-centric work place. Her encouraging speech motivates women entrepreneurs giving them courage to stay committed and persistent.

Ms. Mohanasundari has instituted Sharp Jaganathan education awards and scholarships in schools and colleges to support the education of the needy. She also takes care of the education of her employees’ children. 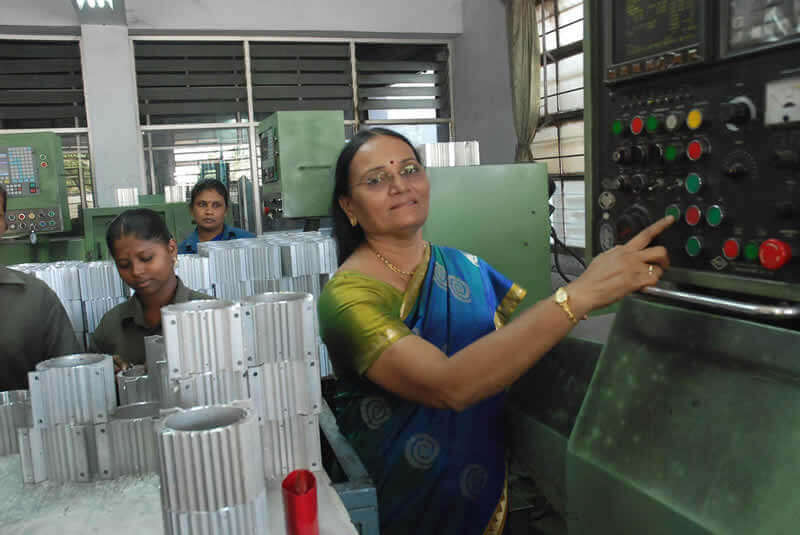 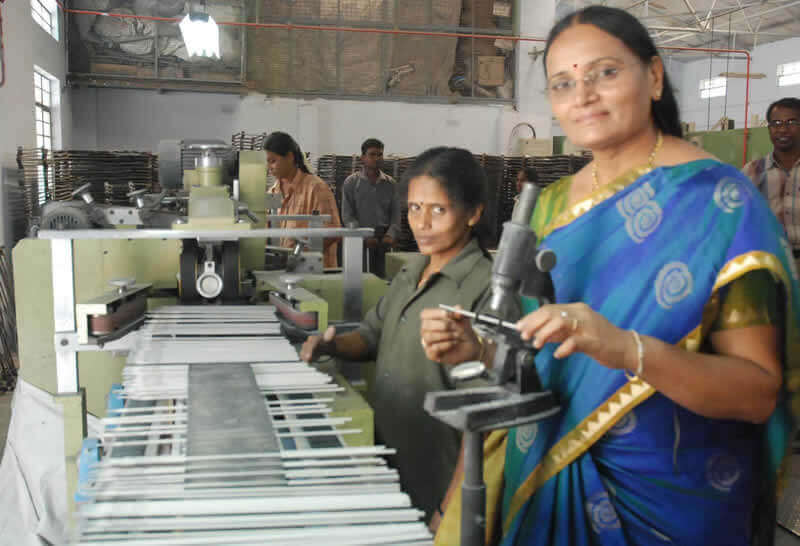 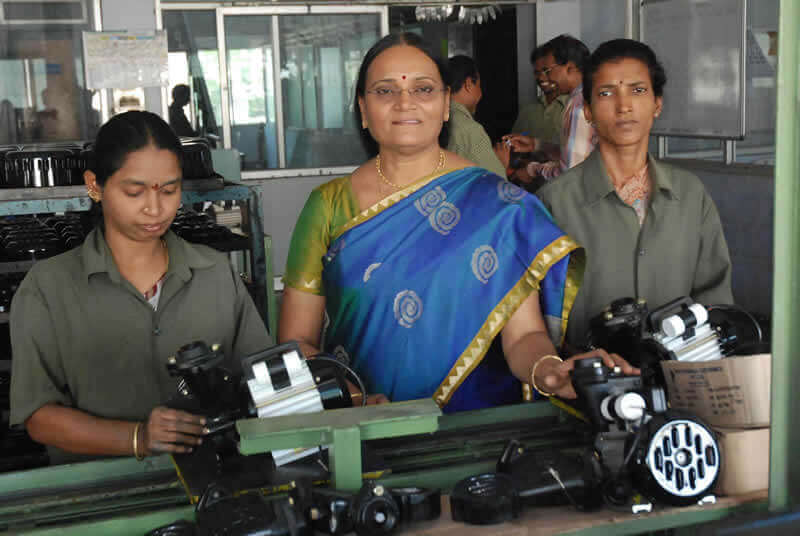 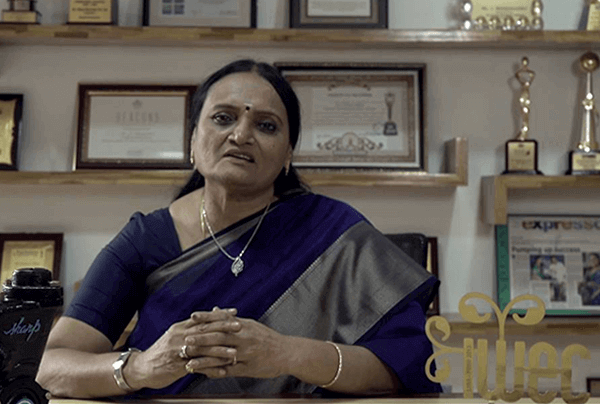 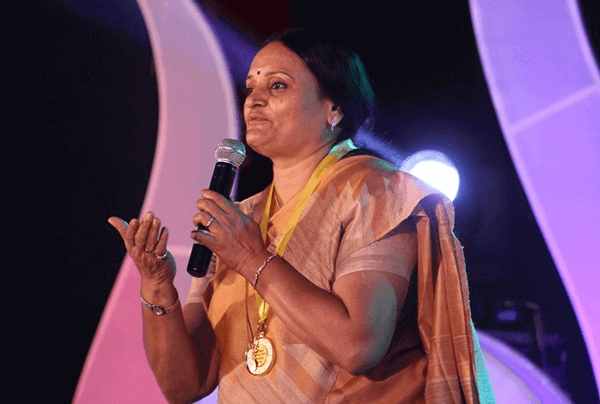 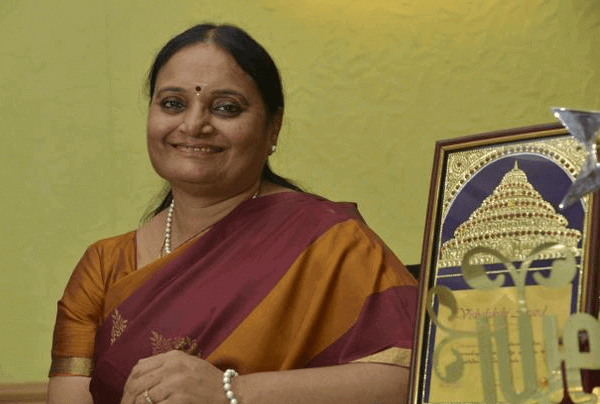 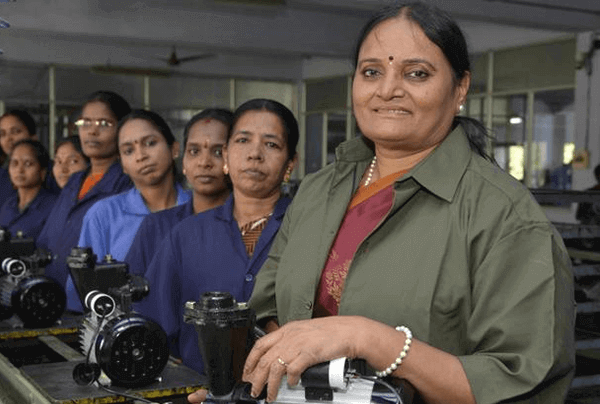 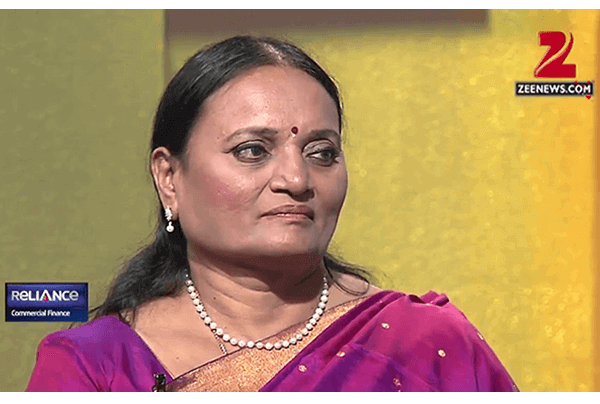 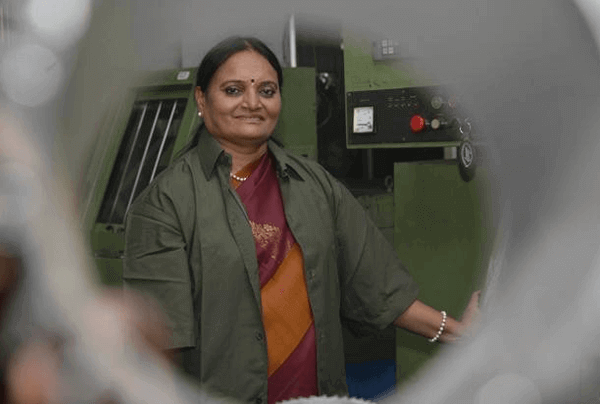 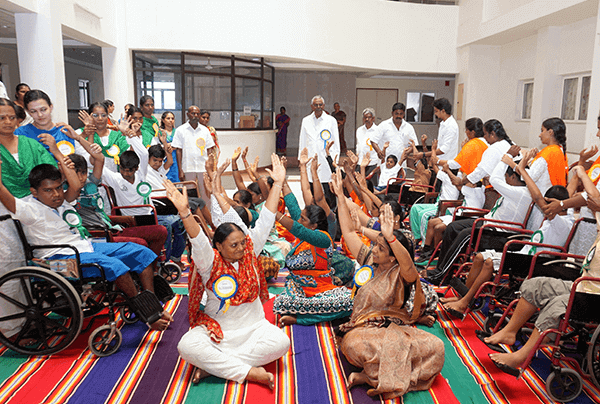 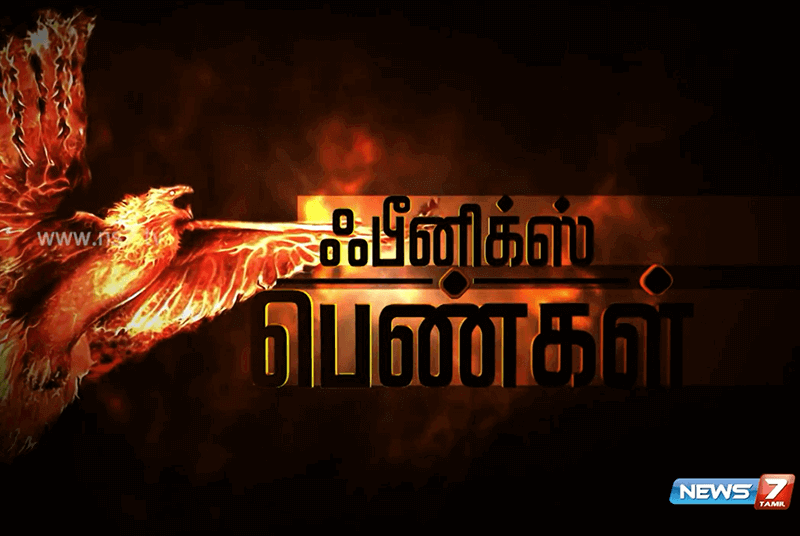 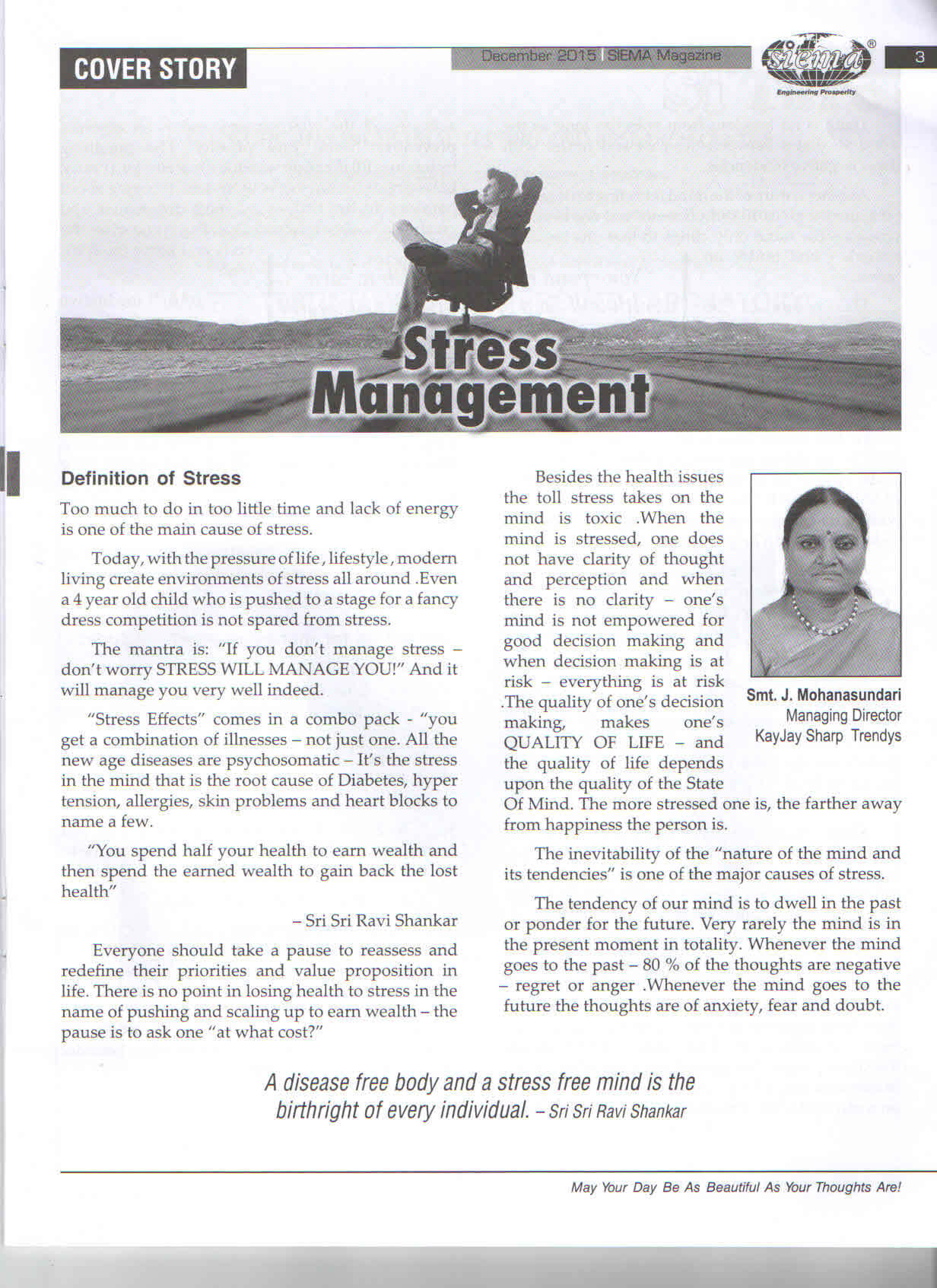 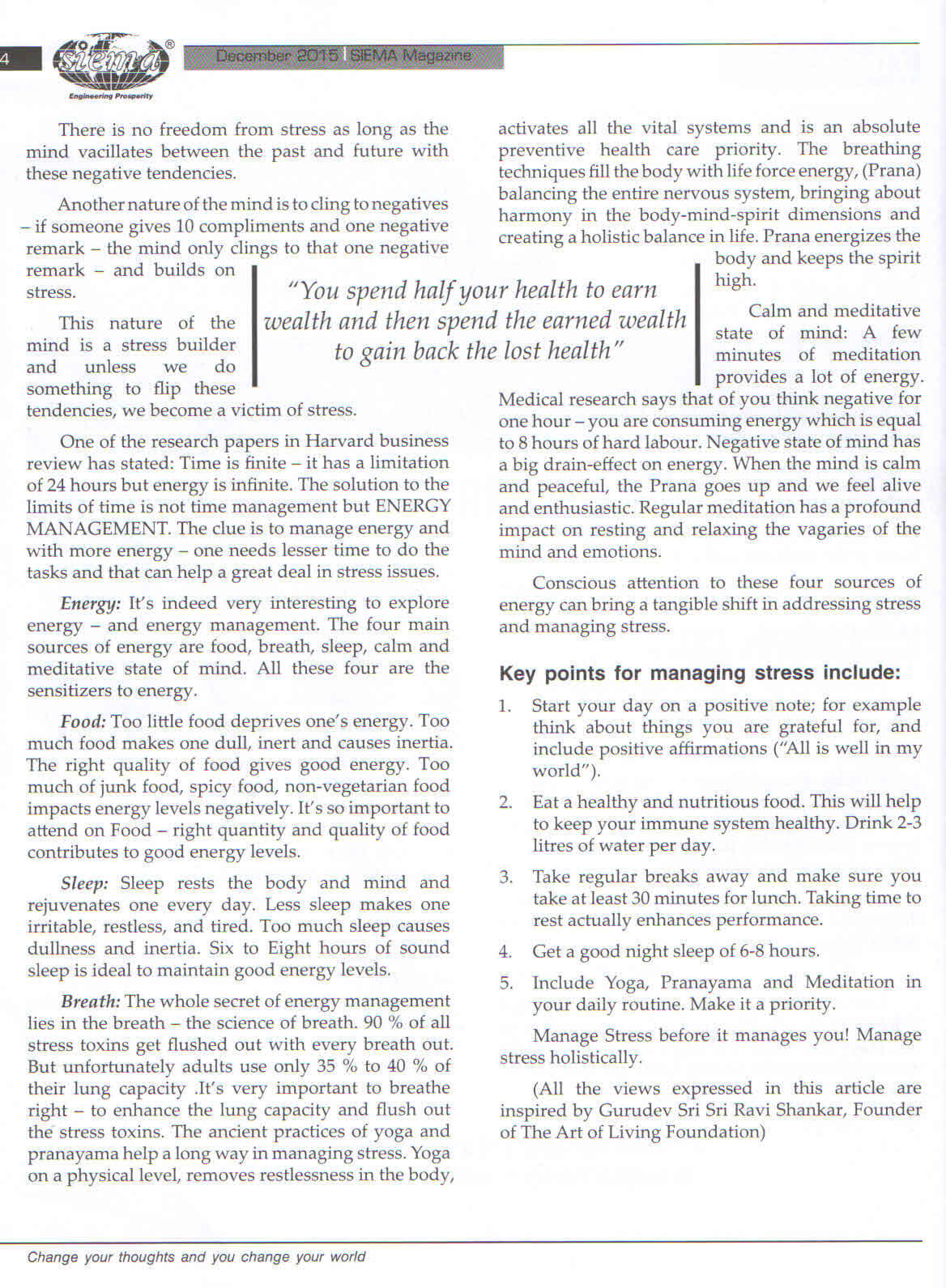 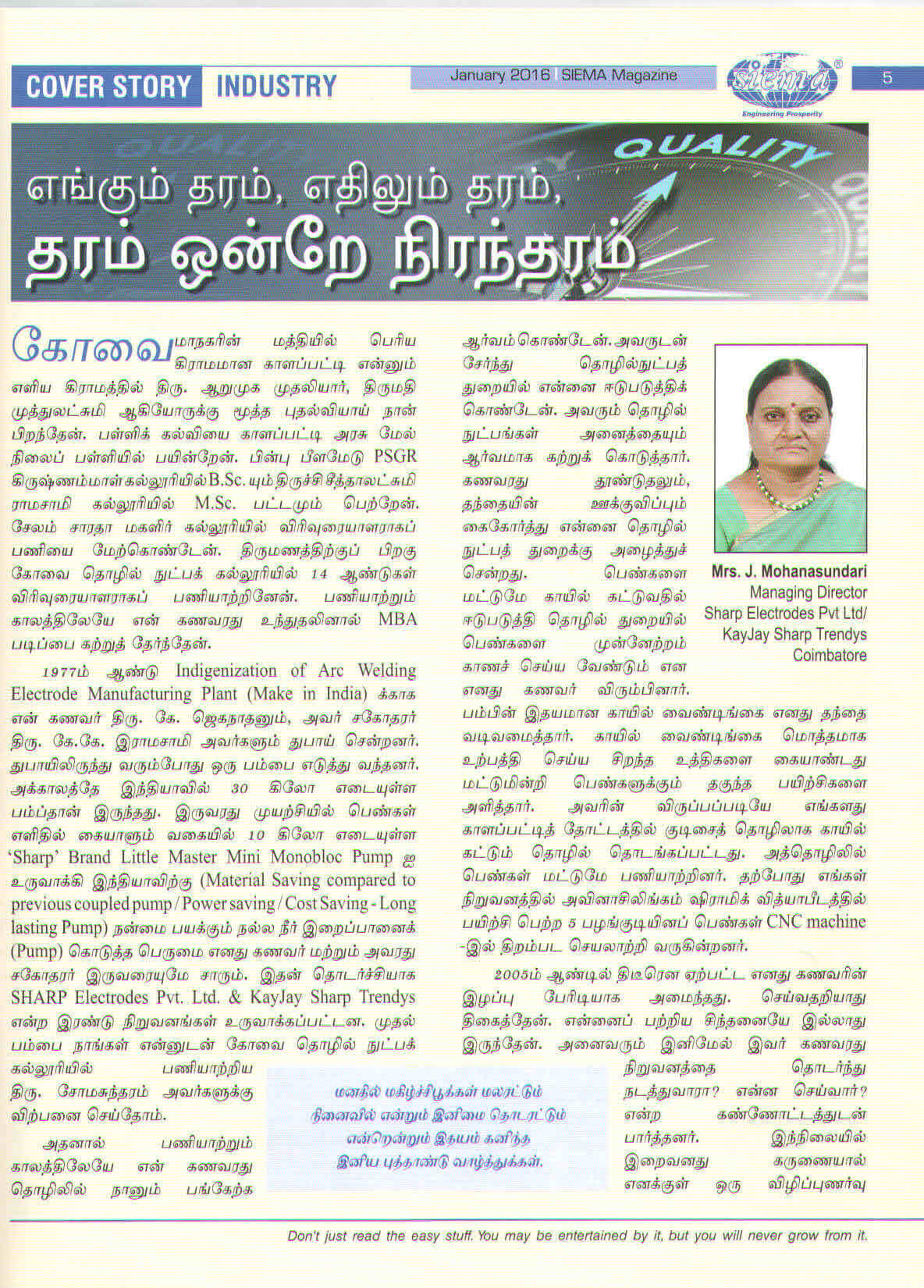 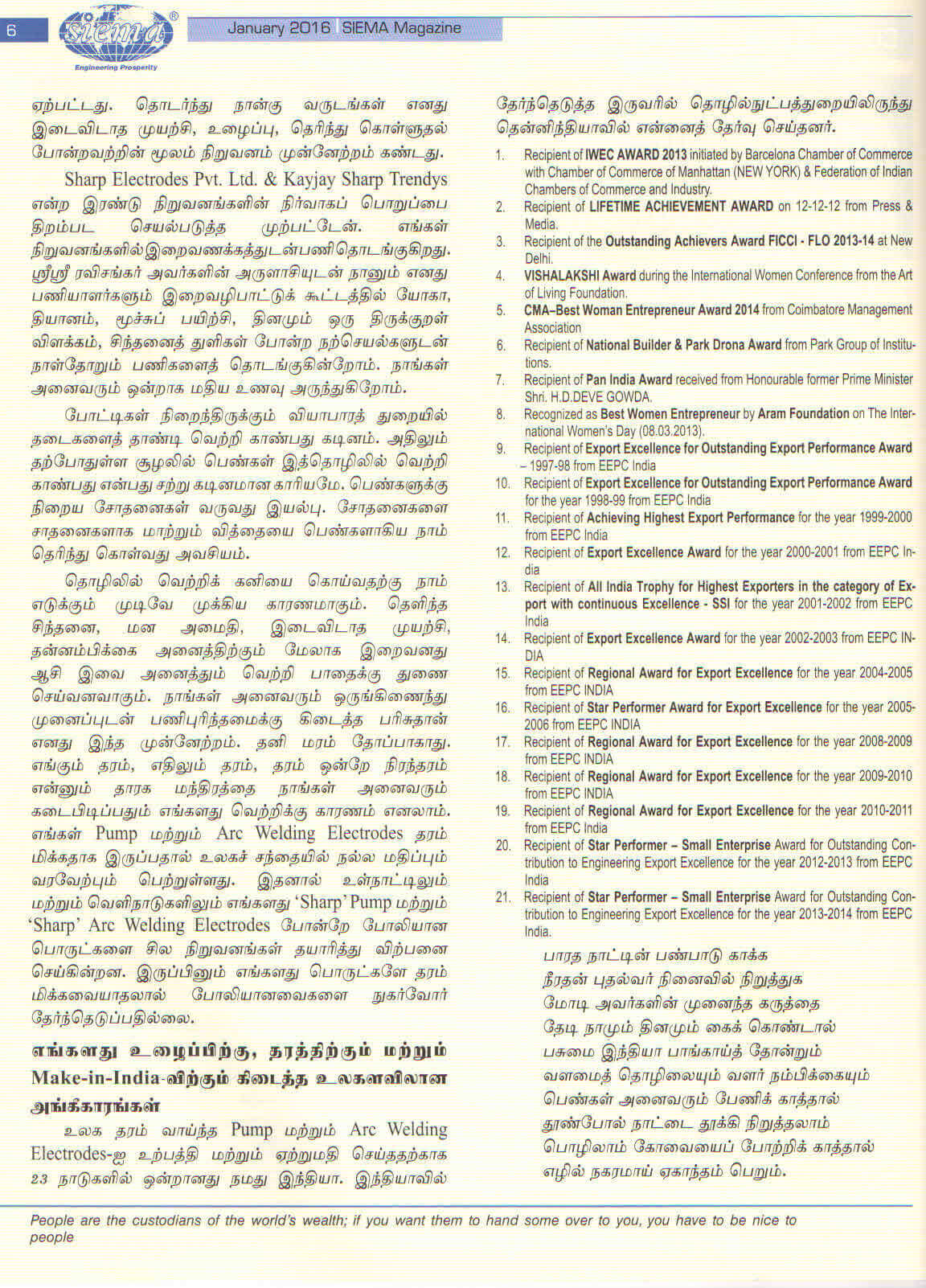